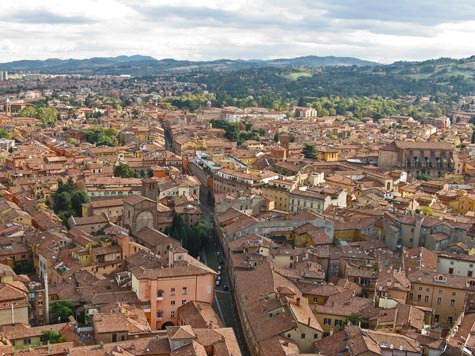 Bologna's claim to fame are its ancient "two towers": Asinelli Tower and Garisenda Tower. Climb to the top to enjoy a wonderful view!

Other top tourist attractions include Neptune Fountain, the Bologna City Gates and the Bologna Opera House.

Excellent hotels and other tourist accommodation are available in the city centre and near the Bologna Airport.

Bologna is home to a busy international airport and is located on the main rail line between Venice and Rome.