The Asinelli Tower (Torri degli Asinelli) is the tallest and most famous of some 180 towers that once stood in Bologna Italy.  The 97 meter high tower was constructed around 1115 by a wealthy Bolognese family.  Today, only 20 of the 180 original towers remain. 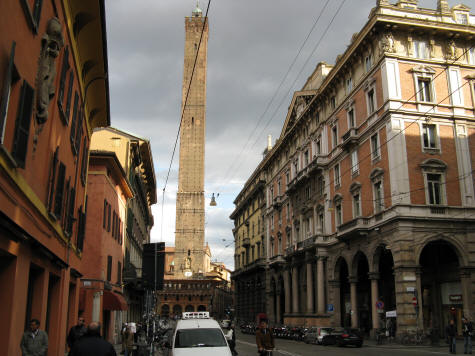 Visitors to Bologna Italy can climb the circular staircase in the tower and enjoy a spectacular view of Bologna from the top.  If you have the stamina, the climb to the top is certainly an adventure that should not be missed.