Visitors can climb 97 meters to the top of Asinelli Tower (Torri degli Asinelli) and enjoy a spectacular view of Bologna Italy.

It is fascinating to see the construction techniques and materials that were used to build this tower back in the 13th century. 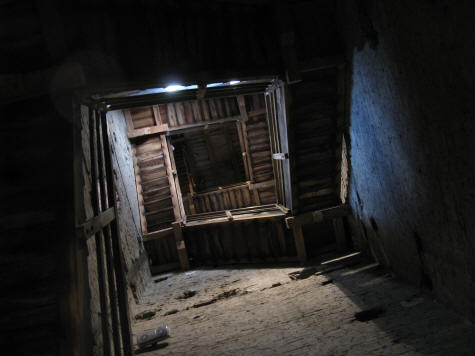 Asinelli Tower is one of Bologna's famous "two towers".  The second tower is called Garisenda Tower.