Bologna Italy was once a medieval town surrounded by city walls.  Some sections of the walls still remain, as do some city gates. 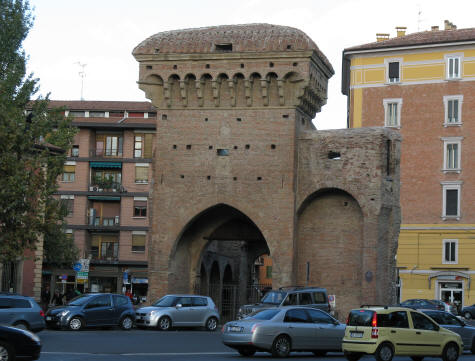 The Bologna city walls were erected to protect the citizens from invaders.  The gates shown below can be found on the north side of old Bologna.